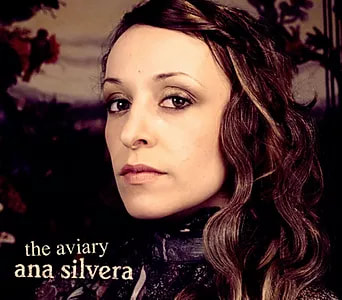 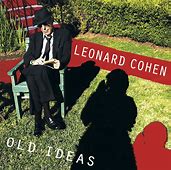 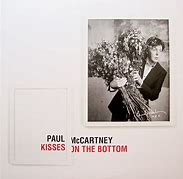 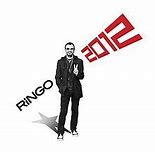 Occasionally an album comes along to make you realise just why you fell in love with music - This is one of those. Ana Silvera is hugely talented and the perfect antidote to all the X Factor schlock that we are continually subjected to. For some reason this album takes me back decades but that doesn't mean it's behind the times. It is just a reminder of the days when albums were lovingly crafted with superb songs and poetic lyrics. The days when music was bright and vibrant and could stun. Yes The Aviary can and does reduce me to tears. It's that good with the classical sounds of violin and cello acting as a counterpoint to Ana's beautiful deep and resonant voice that seems to change in order to convey her songs. I had the pleasure of seeing Ana live at a small but excellent venue in Norwich and this record includes most of the songs covered that night. There are so many points of reference. Manon sounds like Janice Ian around the time of her classic "Between the Lines" album. Other tracks have an early Elton John feel to them and to me Ana is the female partner to my favourite British singer-songwriter John Howard. Some of the arrangements and phrasing are so similar. The great thing about this album is the way Ana has married exceptional poetry, often anchored in fairy tales and myth, with melodies to die for. In many ways it's a brave album aimed at the serious music listener and not the fad market. It's the kind of album that just leaves me gasping at its beauty and the sheer songwriting craft that has gone into it.

Millions of people who took Lana Del Rey to their hearts through internet downloads of the single Video Games just can't be wrong can they? Some have labelled Elizabeth Grant (aka Lana Del Rey) as a manufactured pop star. Others believe she is a talented singer songwriter. I am firmly in the latter category. I would scarcely call this a classic album but it's certainly one worth listening to and it's not an easy listen as some of the lyrics are uncomfortable particularly on tracks like Carmen. Lana Del Rey has a sumptuous voice that is unlike any female singer of the moment. At times she does move into Madonna or Lady Ga Ga territory but there is enough variety on this album from the pounding disco beat to the singalong joy of Video Games and the title track Born to Die. The tracks are carefully crafted pop songs that lend themselves to deeper scrutiny. Yes she may have a long way to go and yes she may be a one album wonder, but this is a promising debut if she can work on the promise shown.

So what does a 77 year old Canadian poet still have to give the pop world? Well the answer if you believe the rock critics is an album of freshness that is up there with his best. The plaudits have come, the five star reviews are in. Is it really that good. Well the answer is probably no. But neither is it bad. It doesn't bear comparison with the early work when Cohen had a unique voice and slant on life. Now his voice sounds as if he has eaten a ton of gravel - somewhere approaching Tom Waits but not quite all the way there. The result is he talks the lyrics rather than sings them. There's the almost standard girlie background chorus and some forgettable  music. But there are also moments of beauty in a very laid back way that asse the album rise up from the entirely mundane to warrant its relief. Cohen returned to writing and live appearances after being faced with bankruptcy. This is rather worrying as it suggests it did it all for the money rather than the art and the other worry is it's another facing the grim reaper album following on from recent year releases from Neil Diamond, Johnny Cash and Glen Campbell. Thankfully there is humour here and Cohen still has the ability to take the juice out of himself and that alone stops it from ever becoming mundane. Don't expect anything as good as Suzanne, Bird on the Wire or Hallelujah however.

I know that it is almost sacrilege to criticise Macca but I also know that opinions on his latest offering will be divided. This is a slow, smoochy, laid back album featuring many of the songs that McCartney loved as a boy and nobody would deny him the right to record whatever he wants in whatever style he wants. Here he is firmly in Michael Bubble territory. McCartney has arguably always been at his best when delivering ballads. He doesn't have the greatest voice but there's plenty of understated passion in this collection which is doused in strings and smoky jazz club vibes. But it isn't totally convincing either. Firstly we have to ask the question what is the point of Macca recording these songs other than for his own personal enjoyment? They have all been done so many times before and anybody with a line-in on the history of popular music and song will be familiar with them. So does McCartney add anything to them? Again it's a mixed answer. Yes he obviously cherishes and nurtures each and every one but no there isn't anything significantly different. The interesting point comes with the two new McCartney compositions My Valentine and Only Our Hearts, both of which blend in smoothly with the other pieces. My Valentine is as good as anything on the album and shows that McCartney is still a fine songwriter and therein lies the dilemma. So many albums of covers have been produced by so many modern artists that you begin to question the validity of such a product. Can it be through contractual obligations or a lack of originality and new material. In Macca's case the answer is probably no. I believe that he has brought out this collection out of a genuine love of the songs but that doesn't necessarily justify its release. Of course the fact that so many people will take this album to their hearts does justify it, but that doesn't, in itself, make it a critical success. So I am very much torn in my criticism but the deciding factor is probably the question: "Will I be returning to this album regularly throughout the year and the answer is sadly no. McCartney is capable of producing his own songs in this style as he proves with the two originals. Now an album of 15 originals would have been quite something.

Anthem/Wings/Think It Over/Samba/Rock Island Line/Step Lightly/Wonderful/In Liverpool/Slow Down
​
There comes a point when you have to say enough is enough and I guess this is it. This album didn't win the Sunday Times Dud of the Week award for nothing. Sadly it looks as if two years on from Y Not Ringo has been told it's time to release another album. So we go through the same format, but this time there are problems. We have just nine tracks weighing in at 28 min 51 sec. The time wouldn't be too worrying if what we had was top of the form rock. What we sadly have is some tired old rock n toll, the obligatory hark back to his early Liverpool days with "In Liverpool", two songs that have been re-recorded from the 1970s, a copver of a Buddy Holly song and a cover version of Rock Island Line. So just how much effort has been put in here. Sadly the answer appears to have been very little when it takes the artist two years to come up with well under 30 minutes worth of material. In addition the lyrics are poor, often bordering on the kind of poetry you might expect from an adolescent teenager. The opening track Anthem (which is anything but) starts off with the words "This is an Anthem of Peace and Love/We have got to keep trying we can't Give Up." That somehow sums the whole thing up. I think I am probably being charitable in giving it three out of 10.