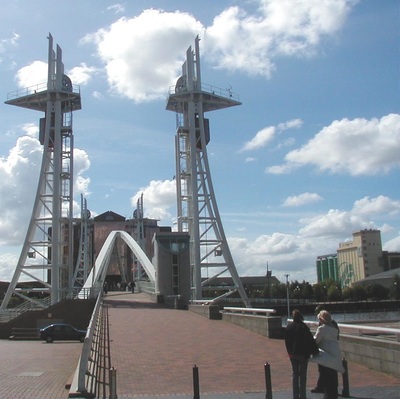 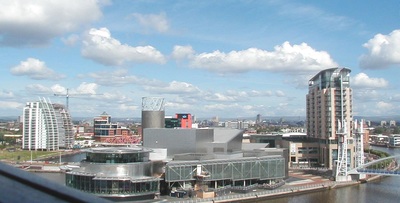 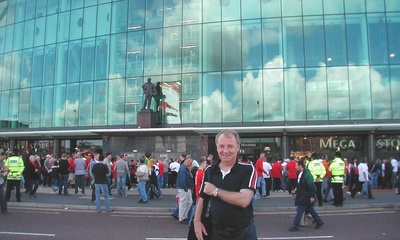 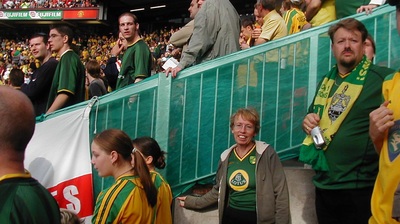 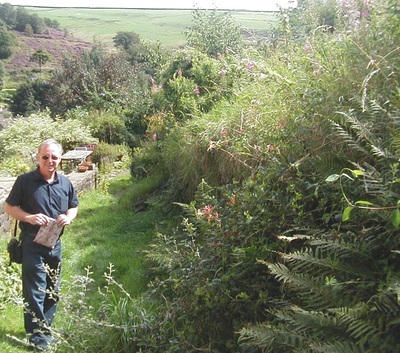 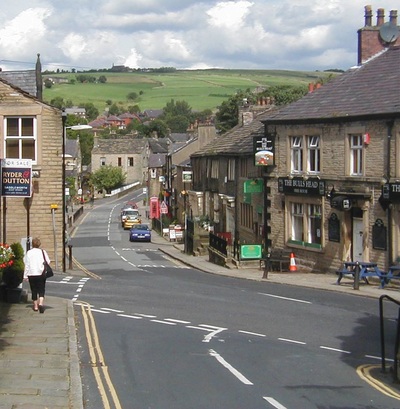 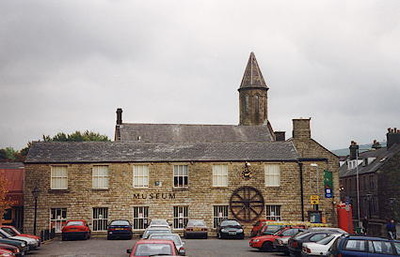 Manchester is one of our favourite cities, although I can't say that we have visited as much as we might have liked.

Distance is probably the main reason for that as it is over 200 miles from Norfolk and takes a good six hours allowing for traffic problems on both the A1 and M66.

Nevertheless we travelled to Lancashire over the weekend from Friday 20th to Sunday 22nd August, mainly to see Norwich play at Old Trafford - our first visit to a ground tagged "The Theatre of Dreams."

We set off at just after 1 p.m for our destination which was the  Village Hotel and Leisure Club at Bury - a distance of 213.7 miles which was helped by listening to Test Match Special on the radio.

This glorious English institution of "good old boys" talking about cricket still remains a delight and is quintessentially British. It certainly helps with traffic jams on motorways and a journey that took us five hours.

Still it was worth it and our room turned out to be spacious and comfortable and a meal in the hotel's pub was good value for money (two steak meals and a bottle of decent red wine for £20).

Saturday 21st saw us take a very quick breakfast in order to see the Olympic rowing finals and I think we all cried along with Matthew Pinsent when he won that gold. The breakfast was solid English fair only spoiled by the rudeness of one of the guests who complained heartily when he had to wait two minutes to be seated.

We always complain when staff are rude and surly but it seems to be the accepted norm for customers to be.

We decided to walk into Bury which took about half-an-hour and we had a look around the famous market and I weakened to buy a double Todd Rundgren album which cost just £5.99.

The link into Manchester via the Metro was simple and effective, despite the fact that we got off at the wrong stop and had to wait for the next train. The Metro system, which runs through the centre of Manchester and then out as far as Bury in one direction and Altrincham in the other, is clean and speedy.

Our stopping point was the regenerated and rejuvenated Salford Quays area with its excellent arts centre and Lowry Gallery. I have never been a great fan of the matchstick men and dogs paintings of J.S. Lowry but it was interesting to see them up close and learn something of the complex life of this son of Lancashire.

We also went to the Imperial War Museum of the North which is in the same area. Sadly we found this a little piecemeal and the lay-out rather confusing and nowhere near as powerful as its sister museum in London.

Refreshments were in order before moving on to Old Trafford - which was a short walk along the riverside from Salford Quays.

Photographs were taken outside to go with those taken in Barcelona and Madrid (great football grounds of the world series) and then we entered the ground to enjoy the atmosphere!!!

Now the exclamation marks are due to the decided lack of atmosphere in the ground. Yes it's big, yes it's plush but where was the noise. About 2,000 Norwich fans out sang over 60,000 Reds' fans - and if you don't believe that the evidence could be heard on television later in the evening.

"Shall we sing a song for you" and "You're only here for the champions" were the taunts of the Norwich fans. I think I was occasionally aware of Manchester fans moving slightly, but they may have just been turning in their sleep!!!

And the reason for this lack of support was later blamed on Sky Television covering the match and making the kick off at 5.15 p.m. We must assume from this that Reds' fans make a lot of noise when the kick off is 3 p.m.

Anyway we expected to lose and were just there to enjoy the day. But we only went down 2-1 and I felt cheated that the Canaries had not achieved the point they deserved against a very disappointing Manchester side.

At the end of the game we enjoyed a pizza and then got the Metro back to Bury and a bus back to our hotel at the end of a very enjoyable day.

After breakfast on the Sunday we travelled to the Saddleworth area of Lancashire - an area I had wanted to see for many years not because of the notorious moors' murders but because of the connections the area has with the songs of Barclay James Harvest.

I was particularly interested in seeing Denshaw (Balled of Denshaw Mill) and Delph (Delph Town Morn) and neither disappointed. Denshaw was little more than a small village, but very picturesque and Delph turned out to be a stone-clad town of great charm (and apparently in Yorkshire according to a cafe owner who told us over coffee that BJH's guitarist John Lees often pops in for a drink).

Pictures six and seven show Peter on the left walking the countryside just outside Denshaw and on the right is Delph.

So we wandered around and enjoyed the sunshine (I thought it rained every day of the year in this area). We also visited Uppermill which is the largest town in the area and by far the most populated on this day. We would have liked to have stayed to enjoy a longboat trip along the canal, but only had time for a cream tea in aid of charity before setting off for the long journey home.

The two remaining photographs show the Black Horse Pub at Denshaw and the Rural Museum in Uppermill.