The Day That Fete Took a Hand 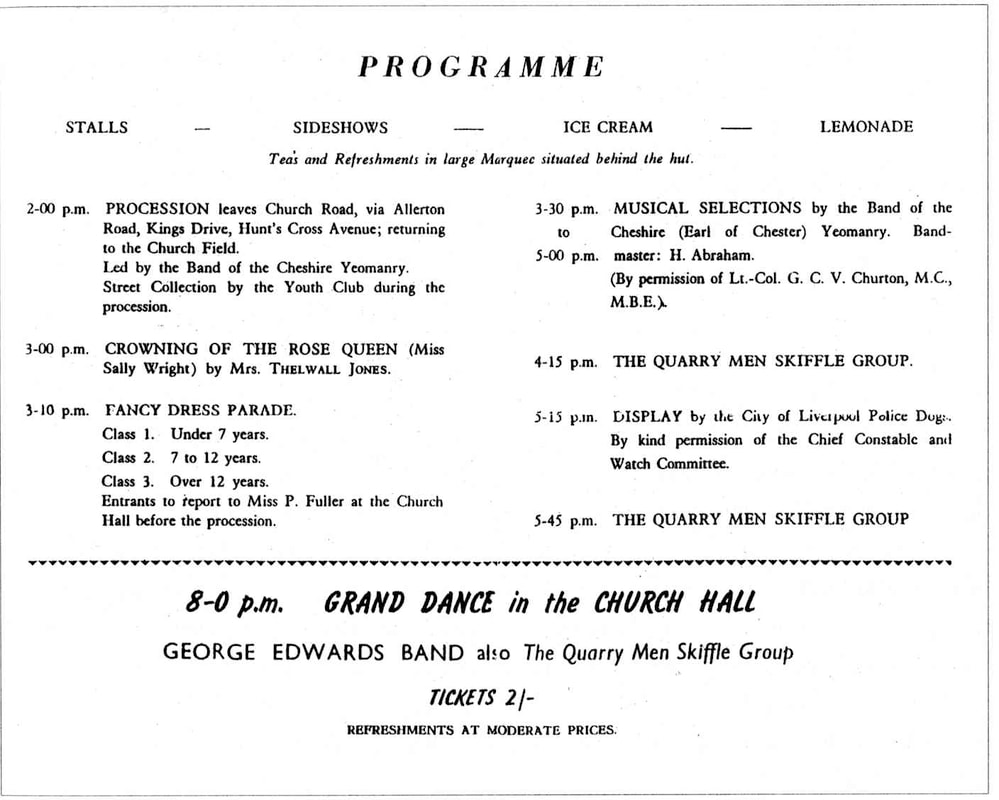 ​IT was an ordinary Saturday – nothing special about it.It was an ordinary church fete. The local newspaper reported on it a few days later and gave it just five lines stating how much money had been raised for church funds.

The garden fete opened at 3 pm in a field by the church. Entry was 6d (2 1/2p) for adults and 3d (just over 1p) for children or via a programme bought before the day.

Those present enjoyed an opening ceremony by Dr Thelwell Jones which came after a procession. A rose queen was crowned and there was a fancy dress parade, sideshow and plenty of refreshments. Children were excited, parents enjoyed the sunshine and the Band of the Yeomanry and the police dog display. Perhaps some looked forward a few hours to the Grand Dance in the church hall at 8 pm. Dancing to the George Edwards Band and one other, tickets 2/-d (10p).

But this was no ordinary day. This was a day and an event that would change history. A tiny piece of world history was made that day. A tiny piece that would blossom to become something magical. It began with a handshake in the early evening. Nothing more than a handshake between two men – no they weren’t men yet. They were still little more than boys. But both knew what they wanted.

One had entertained in the fete. Skiffle was the order of the day, Lonnie Donegan was this young man’s hero. Washboards, tea chest bass and anything else that could be played – literally the kitchen sink.

This band of brothers – all still boys – arrived at the fete on a low loader. They would have caused a stir with their Teddy Boy looks. Some present jived to the music, others wondered just what the world was coming to for this was an ordinary day but, unbeknown to them, a day that would change history. A day following which the world would never be the same.
The day of celebration, but just another day, ended with the skiffle boys playing at the evening dance and that handshake.

One of the boys is now long gone, he would have been 80 this year. It seems inconceivable that this hero, this genius would have been an Octogenarian had he lived. Mercifully the other lad is still very much alive, a few months younger than his friend, he has lived a long and wonderful life, leaving us a huge legacy.

The centre of Woolton village in Liverpool has changed little since the day over 60 years ago for the date was 6th July, 1957. The church and church hall are still there. Fetes are still held. Not two far away is a street and an area that became synonymous with the city and with that band of brothers.